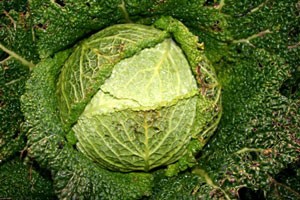 As the days lengthen, so the cold strengthens. It is mild as I write this but there is also a new moon, and a drift of air from the east to slow down the succession of rain bearing fronts. So I am expecting some low temperatures.

January’s weather followed the moon exactly with intense cold until the full moon on 11th, then two weeks of relentless rain as the moon waned. Maria Thun warns of some proper winter frost from Feb 10th to March 10th – this could be a year to be more patient than usual with early sowings!

My schedule is of sowings in the greenhouse only, under the waxing moon and following Thun’s recommendations, starting with lettuce, spinach, parsley and salad peas on a leaf day from 30 January to1 February. Then broad beans 2nd to 3rd and onions 3rd to 4th. Nothing else after that until early March, being ready then to sow tomatoes on 1st or 2nd, also peppers and aubergines.

All of these indoor sowings really need some propagating heat, or they could happen on a windowsill to benefit from indoor warmth. But once they are growing fast and becoming leggy, what then? This is why you must be careful not to sow too early indoors unless you have somewhere to grow on your thriving plants, and why it may pay to sow a little later this year.

I was caught out in the new year cold spell when I did not open the doors of my polytunnels, reckoning the days so dark and the air so dry that the salad plants would be healthy without too much draught.

In fact, I lost a fair number of lettuce plants to a fungal rot of their stems, but only in the tunnel with a good seal on its doors. The other tunnel has old, torn plastic and wider doors, so some air is always flowing through. All the lettuce in this tunnel are healthy and survived the low temperatures very well.

The lettuce variety to survive best has been (again) Grenoble Red, whereas Winter Density and Green Batavian have nearly all died – see photo of a pot in the greenhouse. All other salad plants are doing well except for coriander which was perhaps a little too large and stemmy to thrive in midwinter. Claytonia and many mustards are especially thriving.

Outdoors the savoy cabbage are healthy and amazingly free of pigeons, rhubarb is slowly shooting and overwintering broad beans and garlic are small but looking good.
For more information and ideas on seasonal jobs – such as not digging… – do look at last February’s posting.