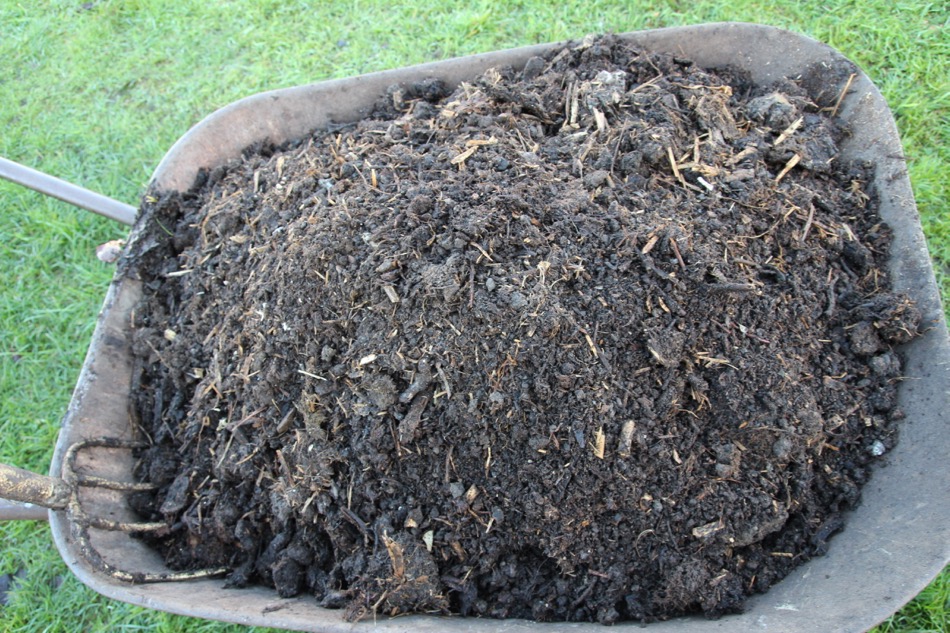 A happy new year to my readers, may your gardens be bountiful, and easier to look after.

When does the gardening year begin? You could pick any date from October to March, depending where you live (snow on the ground, or not) and whether your soil is clear of weeds. In much of the UK, you can mulch soil with compost in January, if you have not already. Check this half-minute video for the essence of no dig preparation, when soil has been kept clear of weeds using a little and often approach.

In my diary I begin the sowing year on Valentines Day, because the rapidly lengthening days after mid-February make new growth more viable than when seeds are sown in January. For now, I recommend to sow nothing, and to finish soil preparation instead. Buy seeds and some potting compost, or sieve some of your own. The latter will probably have less nutrients, depending on what you added to the heap.

I am excited, after practicing no dig since 1983, that it is now more practised and recognised. In Gardeners World magazine of January 2017 is this from Mairi Rattray of Beechgrove Garden:

“We trialled no dig veg growing last year and it was a great success. The veg in the undug beds were larger, healthier and produced greater yields than their traditionally dug counterparts. We’ll be doing that again.”

You can see four year’s of results from one of Homeacres’ dig/no dig trials here, and when added to six years of trials at Lower Farm, this experiment now has ten years’ harvest comparisons. In two of the ten years the dug beds yielded slightly more, but most years the yields are slightly higher from no dig, for less time and effort.

Perhaps one reason for a yield increase from no dig is it’s preservation of soil fungi, such as mycorrhizal networks which fetch minerals and moisture. There is plenty we do not understand, and side-by-side trials are a great way to gain more insights.

There is no right or wrong amount to use, it depends how fertile you want your soil to be. Just a half inch mulch makes a world of difference. That was my annual dressing on 7 acres of beds in the 1980s. However, I was not doing much double cropping at that time.

At Homeacres, the quarter acre of beds are more productive, cropping throughout the growing season. I find that a 2in (5cm) mulch of compost gives most output of healthy plants, when cropping so intensively. The 5x16ft (1.5x5m), no dig bed of my experiment gave 109kg of regular harvests in 2016, from April to December.

This winter I have mulched about two fifths of the veg beds with my homemade compost, and it’s quality is better from having the roof over.

In the experiment above, my digging method is to make trenches of spade depth (“single digging”) and place compost along the bottom of each trench.

So it’s interesting to run a separate trial comparing no dig with forked soil, and compost on the surface rather than in trenches. Using a garden fork 28cm (11in) long, we loosen the soil of each bed by levering to the fork’s full length, similar to the effect of broadforking. It is much quicker and easier than digging.

See more in this video.

No dig in pictures – clearing weeds

The link is to my video, and the seven photos show how the weeds disappeared in 2015, and the abundant growth of vegetables, even while the weeds are dying. This area is the third photo of “annual mulch” para above.

Compost is the decomposed result of dead plants, or their constituents, plus it may may contain animal excretions. It’s nutrients are mostly insoluble in water, so compost can be spread at any time and beds do not need to be covered with polythene, unless weeds are a problem.

Animal manures turn into compost, eventually, as does all garden waste including leaf mould, bark, wood chips or shavings. The fascinating thing is how every compost heap is different! For growing great vegetables, a finer state of decomposition is good.

I was fascinated to see the quality and quantity of compost from my garden toilet. It was from the whole of 2015, and included the shavings which we drop in, after each visit. I filled one wheelbarrow, and that was it!

The quality was mostly superb. soft and light except for some sogginess right in the middle, where brandling worms were still busy.

As winter deepens, some vegetables come into their own, or at least are not fazed by the low temperatures, here down to -6.5C so far (20F). Spinach sown in August has cropped already, several harvests of large, outer leaves. Currently it’s fairly dormant and then should crop heavily thought spring.

Kaibroc is half broccoli, half Kailaan and has better frost resistance than ordinary calabrese. Savoy and crinkly cabbage hearts also stand freezing: I tried a very late sowing of Deadon F1, sown July and planted late August after clearing beetroot. SO far it is barely hearting and I hope it will in March or April.

Steph and I took a huge pick of leaves on 22nd December, to keep customers happy over Christmas. A quarter of the leaf mix was from outdoor chicories I had planted on 30th August, after harvesting Sarpo potatoes.

Undercover, we picked an extra leaf or two off each plant (lettuce, rocket, mustards, endive, chervil etc), in order to increase the time before a next harvest, probably in mid January. Or at month’s end if the weather is very frosty, which looks possible.

I was recommended to One Yard Revolution channel on You Tube, where they are superbly working things out from experience of what works and does not. All nicely  explained, see this one.

9 thoughts on “January 2017 soil care, compost quality, no sowing yet!”

Watering and weed differences, no dig and dig beds