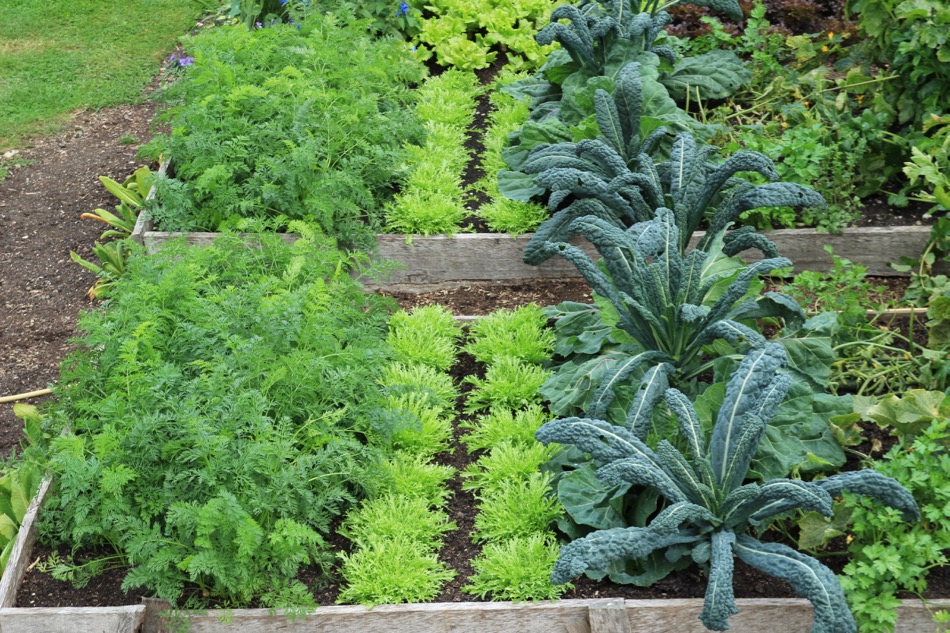 August has been warmer than usual here, despite the weather forecasts! The sunniest August since 2013, second sunniest since 2007, and the second driest since 2003. Plants have responded with healthy growth, but I have needed to water much more than normal. Especially salads and celeriac/celery, also new plantings.

However the new moon of 1st September, and the change of season, will probably bring damper conditions, so beware tomato blight and harvest remaining potatoes as soon as you can, including Sarpo’s – even though still growing, they become dry and starchy if left to grow in September. I just hope its dry for the open day on 4th.

Uchiki Kuri in the first two images were planted May 20th and harvested just three months later. I love them for their speed of growth, so they ripen before autumn is too cool. In this case we picked them a week earlier than I might have, in order to plant Chinese cabbage. They are now curing in the conservatory, to dry the necks and harden the skin.

By contrast some of the same Kuri sowing, planted around the edge of a heap of old cow manure, are still growing and should be ready to harvest by October (pic to follow).

This was the fourth consecutive year of growing squash in these three beds. The one nearest to camera is dug every year, with green waste or mushroom compost on top; the middle bed has the same compost on top and is no dig; the furthest bed has cow manure compost, no dig. Yields were 6.05kg from the dug bed, 14.39kg middle bed and 8.58kg cow compost bed.

Then we planted all three with Chinese cabbage. There has been some slug damage, worst on the cow compost bed where slugs are often more numerous than on the beds with finer compost.

Some March sowings of Santero have carried on maturing, a month after the harvest of February sown onions. I sowed them later because of being given free seed by Kings as apology for the poor germination of my first purchase. This bed was intersown/interplanted and has also given three dozen bunches of early carrots and plenty of kale, from a March planting of Taunton Deane.

The market gardening/intensive growing weekend course had 11 people and was notable for all the friendly connections between participants. Three guys from a new growing project in Luxembourg (there is a nice pic of them harvesting potatoes on my Instagram), a market gardener from Holland and many aspiring growers from the UK made a lovely group.

More than ever, Steph excelled herself with the food: on Sunday there were fifteen dishes of different vegetables, a great display of colour and flavour.

An unusual crop for Britain

In early April I sowed some green lentils, from a jar in the kitchen, just to see. We had met Josiah of Hodmedods at a River Cottage event and,while giving me some Carlin peas to eat and to sow, which yielded almost 1kg of dry peas from ten plants, he mentioned that some farmers are growing lentils in Suffolk.

The ones I sowed are from India, not bred for British conditions, however by late August they were making little (tiny!) pods, drying in the warm sunshine, so I cut the plants. Then we walked on the plants as they lay on a sheet over the concrete drive: most lentils fell out and I could then winnow them in the breeze.

Final harvest – just 230g. The climate here is too cool for a big harvest but I am looking forward to one good meal!

On 22nd August Mick helped to turn the heap made between mid June and mid July, breaking lumps and mixing unrotted material. No ingredients were more than two months old, yet mostly its nice looking but unripe compost. Around the edges were two barrowloads of dry ingredients, mostly straw, which I added to the current heap.

This heap is now combined with the turned heap of mid May to mid June, making three cubic metres, around one sixth of the compost I want to use this winter. Its all from Homeacres ingredients except the old straw from Jenny my neighbour.

See also Jeremy’s description of compost making at the bottom of this thread, and how his fungal rich compost is discouraging new weed growth.

Contrast of picking basil, lettuce and their care for longevity

With basil its best to keep pinching off the new shoots every week or so, before they make flower buds. In August as plants become larger and thicker, we pinch/cut out some stems in the middle to give new shoots more space to develop, with less overcrowding which otherwise causes leaf rot in damp autumn conditions.The basil pictured has given two buckets of leaves every week since June.

Lettuce is simpler, just removing the outer leaves, say weekly, as well as removing to compost any leaves that are not edible, plus the weeds and slugs you find. Here is a link to my time lapse of us picking lettuce.

August has been the month for sowing and planting oriental leaves, rocket, coriander, chervil, land cress and spinach, all for growing outdoors. Some of these plants can survive winter, depending on the weather.

September is the month for sowing salads to grow through winter undercover. Here, my best date is September 12th, while in northern Britain it may be the first week. Sowing in modules gives you the flexibility of having plants growing while tomatoes et al are finishing, then clear summer crops and plant by the middle of October.

This is peak harvest time, especially for beef tomatoes, and as September progresses you can speed the ripening of tomatoes undercover by watering less.

My trial of outdoor tomato varieties which claim blight resistance has been thwarted by dry weather. Prima Vera has been giving sweet cherry tomatoes while the lowest yielding looks to be Mountain Magic. (pic to come)

A first Annual General Meeting is to be held at the Seed Co-opertive’s new farm in Lincolnshire, Gosberton Bank Nursery, on Saturday 3 September, at noon.  This is also an Open Day for anyone who is interested in finding out more.

“Meet our Directors and shareholders, have a tour of the farm and be part of a workshop on growing seed for the Seed Co-operative led by Hans Steenbergen.”

This looks exciting, a two day biodynamic gardening conference at Ryton Organic Gardens,  Warwickshire 17th & 18th September, with  practical advice,  workshops and lectures. A conference devoted to biodynamic approaches to gardening, and how to take your organic gardening to a new level of health. Cost is £145 for non members.

Special Event on  the Saturday evening of the conference  is the launch of a Seed Co-operative Community Share Offer. This is the first of its kind in the UK: meet the directors, and discover how you can help safeguard the future of organic and biodynamic seeds.

Spring Sowings – Sowing and planting into surface compost outside