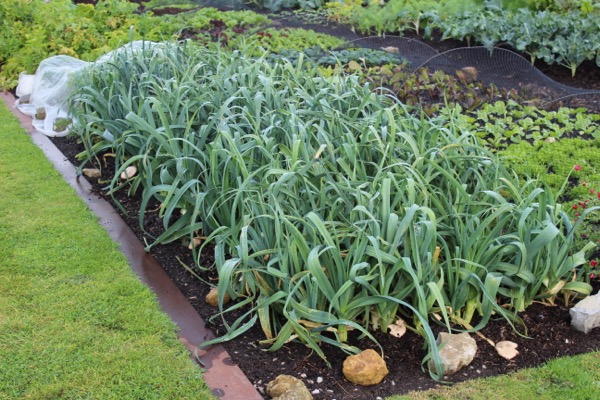 Thanks to everyone who came on the open day here, we sent £360 to Send a Cow. It was a gorgeous day and felt like a party as people stayed to enjoy Steph’s amazing range of cakes.

In the last of summer’s sunshine, tomatoes were still swelling. The heaviest weighed 1.82kg, they are Big Boy F1 and taste good, with dense flesh.

Its now or never, for growing undercover, not outside. Any outdoor sowings will be seedling size overwinter, may survive but its risky.

By next weekend (20th) and for growing undercover, sow lettuce, endive, spinach, chard, salad rocket, mustards, land cress, claytoonia, coriander, chervil. You have a week longer to sow mizuna, nameenia and leaf radish which are the fastest growers.

These should be established and growing, from sowings in July (lettuce, wild rocket) and salad rocket, mustards, spinach etc.

My aim with spinach and wild rocket is to have well established plants by winter, with a good root system, to power new growth in early spring, when other vegetables are scarce. They both can crop until June, and longer for wild rocket.

Nameenai you see in the photo is like mizuna but with fatter leaves, with mild flavour.

August’s rain helped leeks to be better than last year and early varieties are now ready, while Autumn Mammoth is still growing strongly. I recently removed the mesh covers which were protecting against leek moths, thankfully their egg-laying season is finished.

However carrot root fly is almost certainly flying and so carrots are best covered if possible (mesh), unless you are on a windy hillside.

Annual kale such as the Black Cabbage in my photo are now cropping, remove the larger, lower leaves as you need them but always leave a fair few on top. Caterpillars are still possible but much less now and can often simply be rubbed off, since they are less numerous.

Its not dry or warm enough (here) at the moment for steady ripening. Undercover crops can be hastened to ripen by watering less: for tomatoes in soil, water as little as once a week, especially in cloudy weather. Some growers stop watering altogether now, until any threat of frost in October means tomatoes all need harvesting.

Outdoor winter squash just need more time, for the most part. They should be colouring now and developing hard skins. Ideally the neck/stalk is shrivelled at harvest time but if not, the fruits still have more moisture than is good for long-term storage, so wait until early October before cutting, then keep them warm (25C) and dry after harvest, for a fortnight or so, to ‘cure’ them.

Runner, French and borlotti beans for harvesting dry are mostly still in green pods, in contrast to recent autumns when they have been drying on the plants at this stage. So it means that many must be harvested in October as damp beans, which can be frozen like that, or dried on trays in dry warmth.

Any last lettuce seedheads need pulling now, they should have some tufts of seed, but if they have only reached the flowering stage, they many not make it. My outdoor onions are not looking good but I have harvested the heads anyway, while the indoor ones have plenty of seed.

I hope you are having a fruity autumn, its good here with apples and raspberries, plus many wild blackberries. I find that Autumn Bliss raspberries are sp

ared by birds which are now guzzling in the hedgerows, eating blackberries and elderberries.