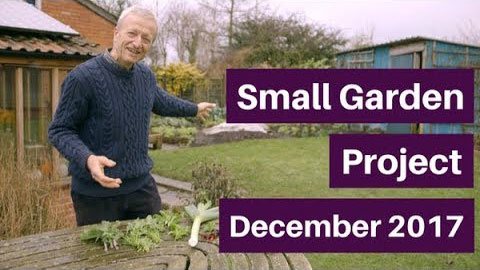 Small garden (2) at winter solstice: the harvests and my plans for 2018

Homeacres small garden of 25sqm/270sqft, no dig and compost-mulched. There are limiting factors such as paving slabs in the soil, the neighbour’s shrubs with moisture-sucking roots, slugs in the edges, and shade from buildings. See episode (1) for those details https://www.youtube.com/watch?v=aUMbt… Harvests are coming from plantings made in August and September. As they finish, I twist out the remaining plants and spread 3-4cm/1.5in compost on beds, then they are ready for plantings in early spring. The no dig method means preparation is quick and easy, plus there are only a few weeds you need to pull. I aim to harvest a diverse range of veg, say three daily from late April to November. The thumbnail is 19th December 2017, three days before we filmed. I am writing this in May 2018: since filming and over the winter months we enjoyed harvests of fennel, radicchio, spinach, salad leaves of many kinds, kale, leek and parsley. Now the garden is planted for spring, though not quite according to plan – see the third video filmed in April, coming out in late May.