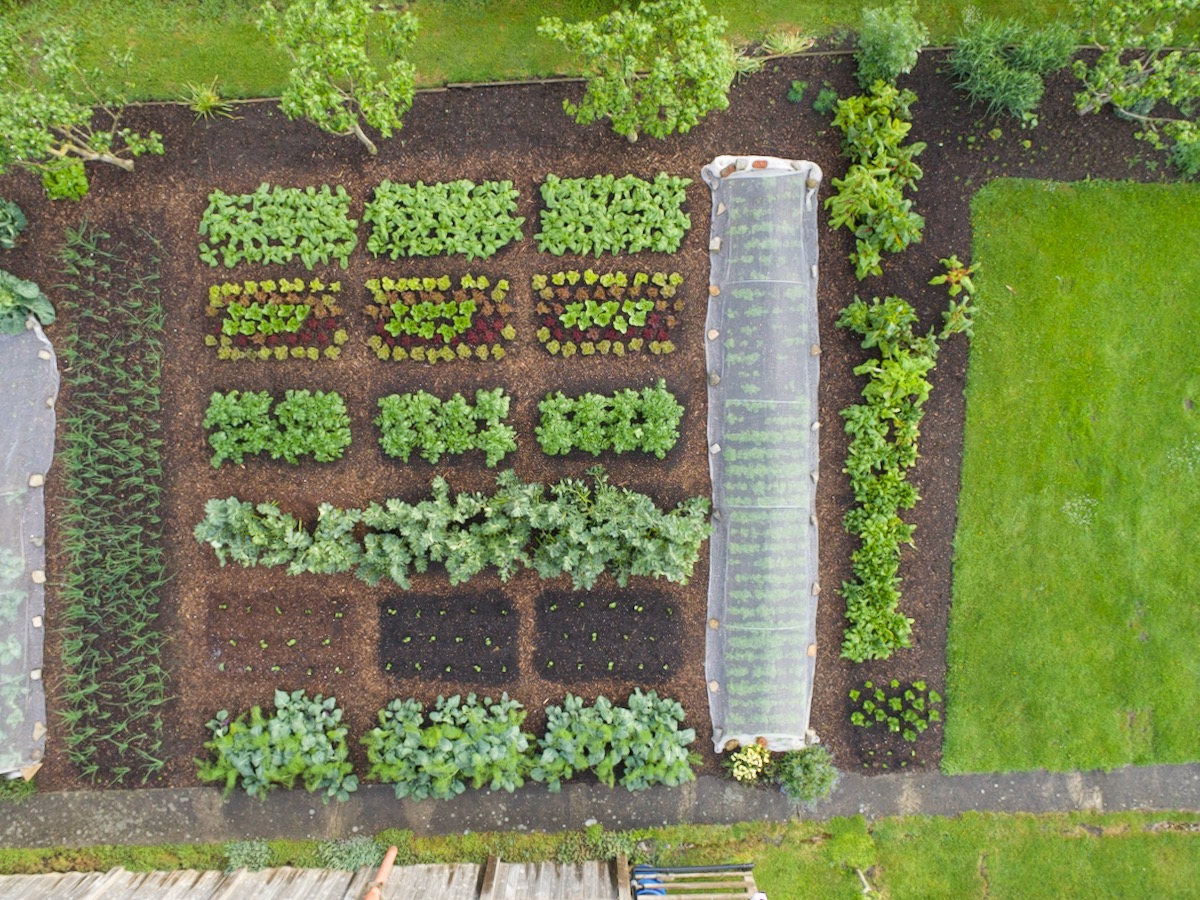 The photo above is from May 2022, potatoes growing in the same place for the 8th consecutive year, and French beans just planted.

By December 2021 this trial had finished its eighth year since I created its current layout in 2014, testing for the effect of forking soil rather than digging, using different composts, and trialling no rotation. The 2019 video has more on this and you see it in other videos on my You Tube channel. 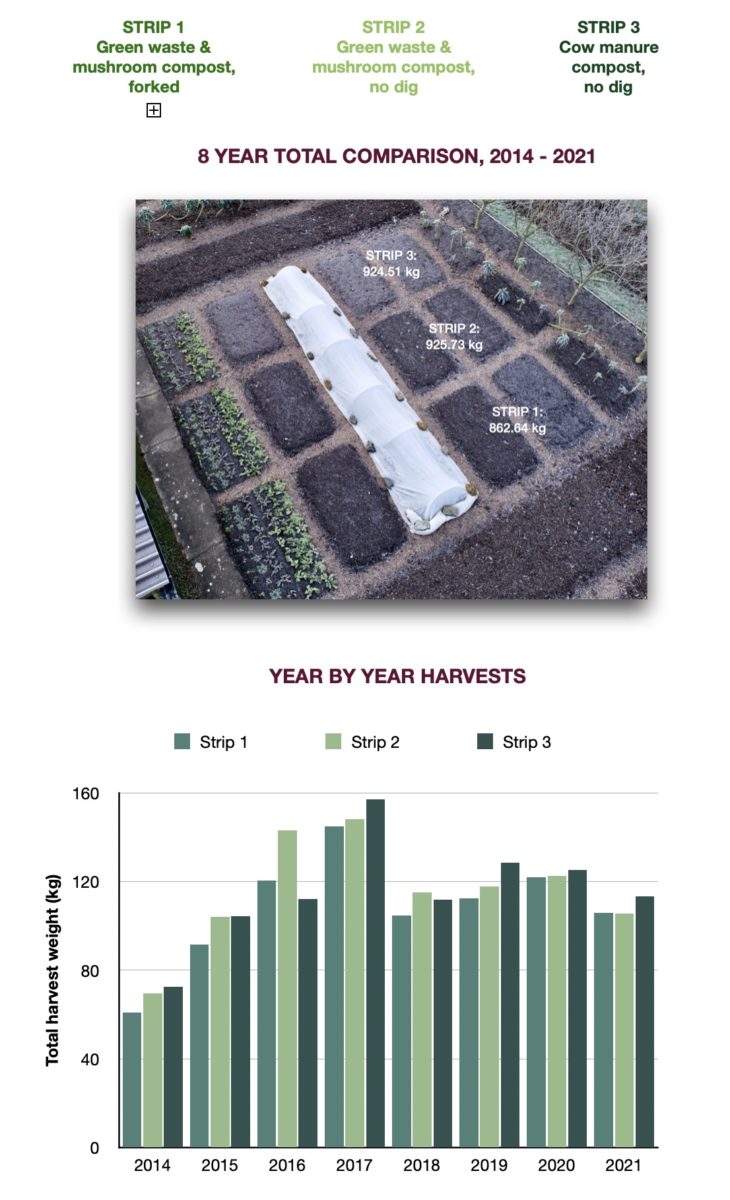 Over the area as a whole, this is more than 2 kg per square metre. I am impressed by this considering the intensity of cropping, and the lack of rotation in some beds. Potatoes, leeks, broad beans, and cabbage are all in their six year of growing in the same place and gave healthy harvests, with totals at least as high as those in previous years. 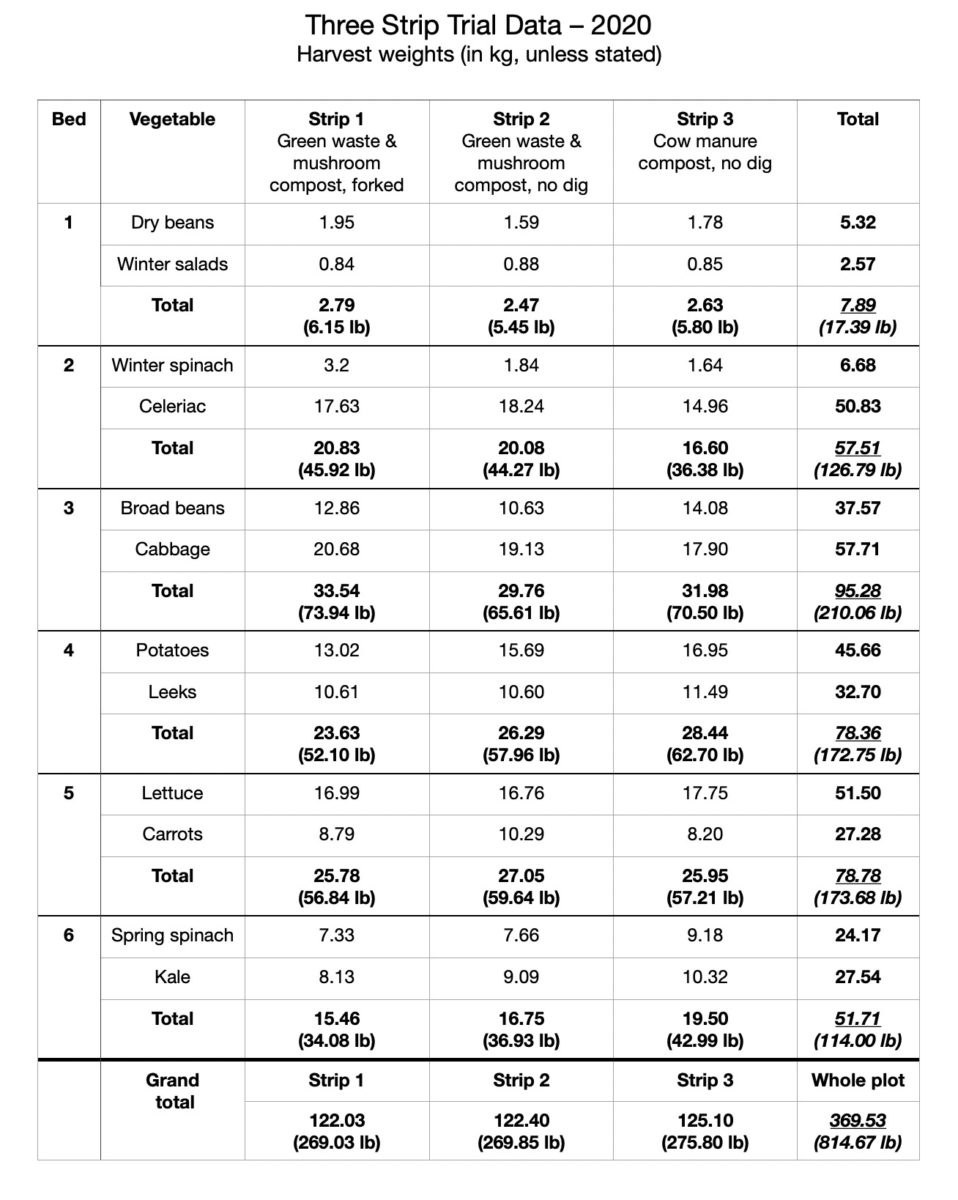 An infographic by Soul Farm in Cornwall:

Also within this trial are some explorations of no rotation (link to video made September 2016).

This 2019 video explains the no rotation part, ongoing. And Season Change shows the growth through all of one year, in this area. 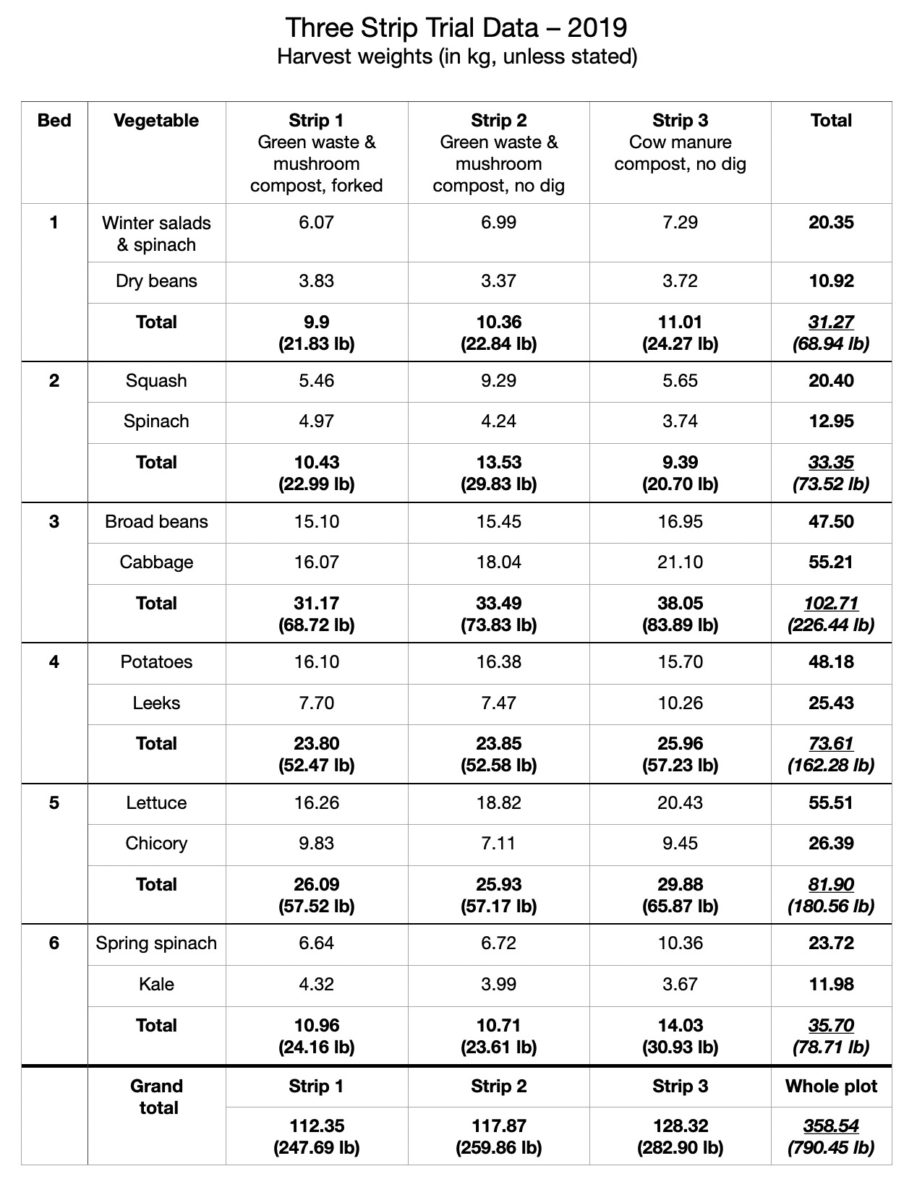 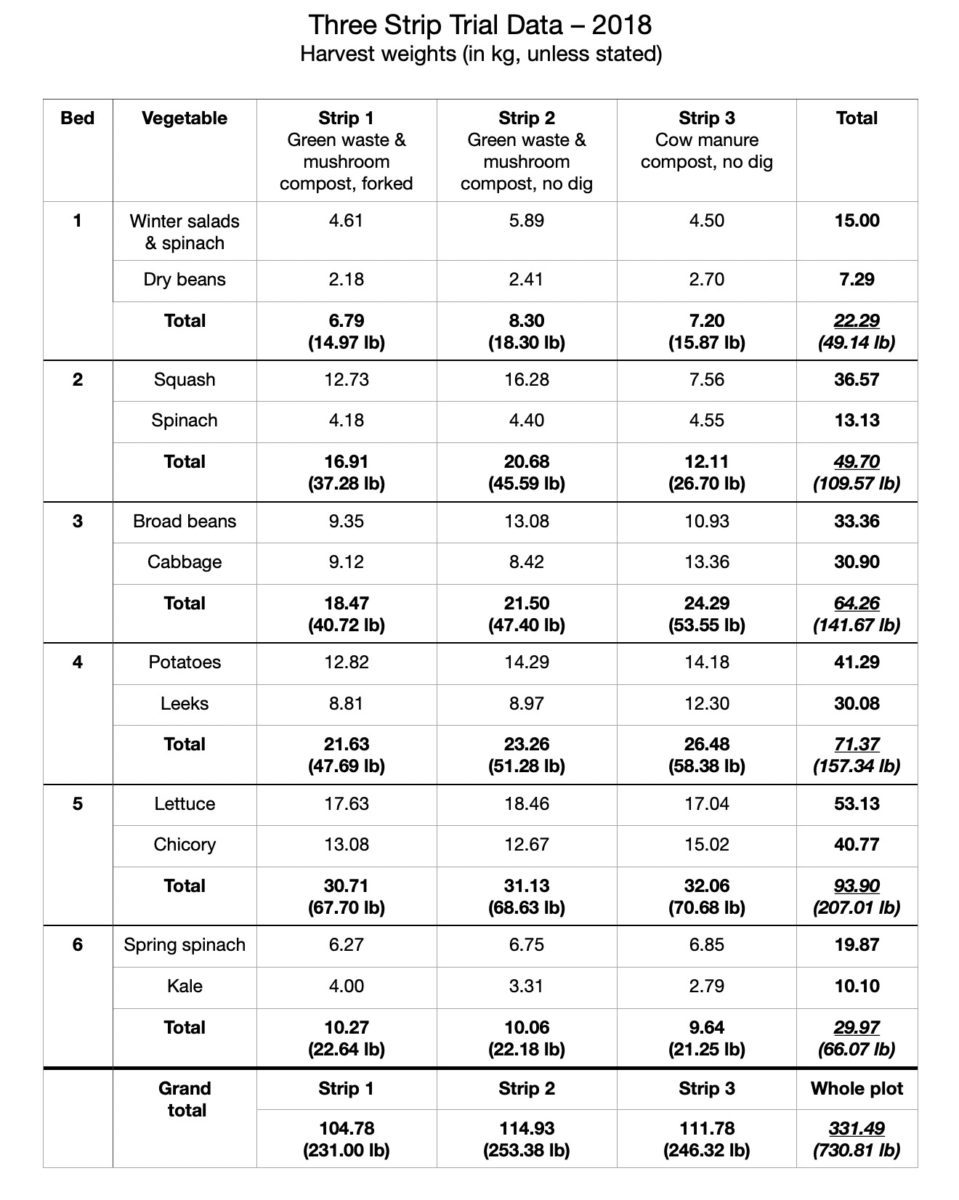 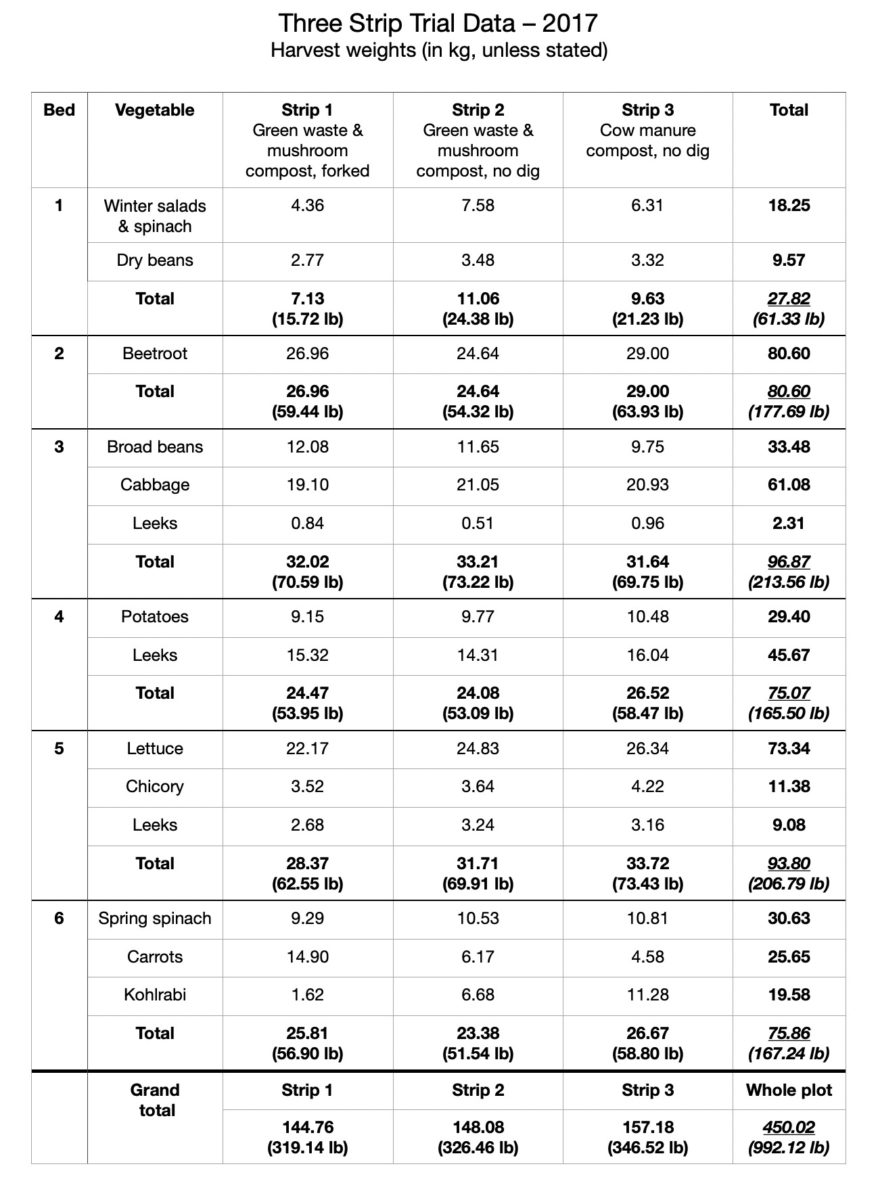 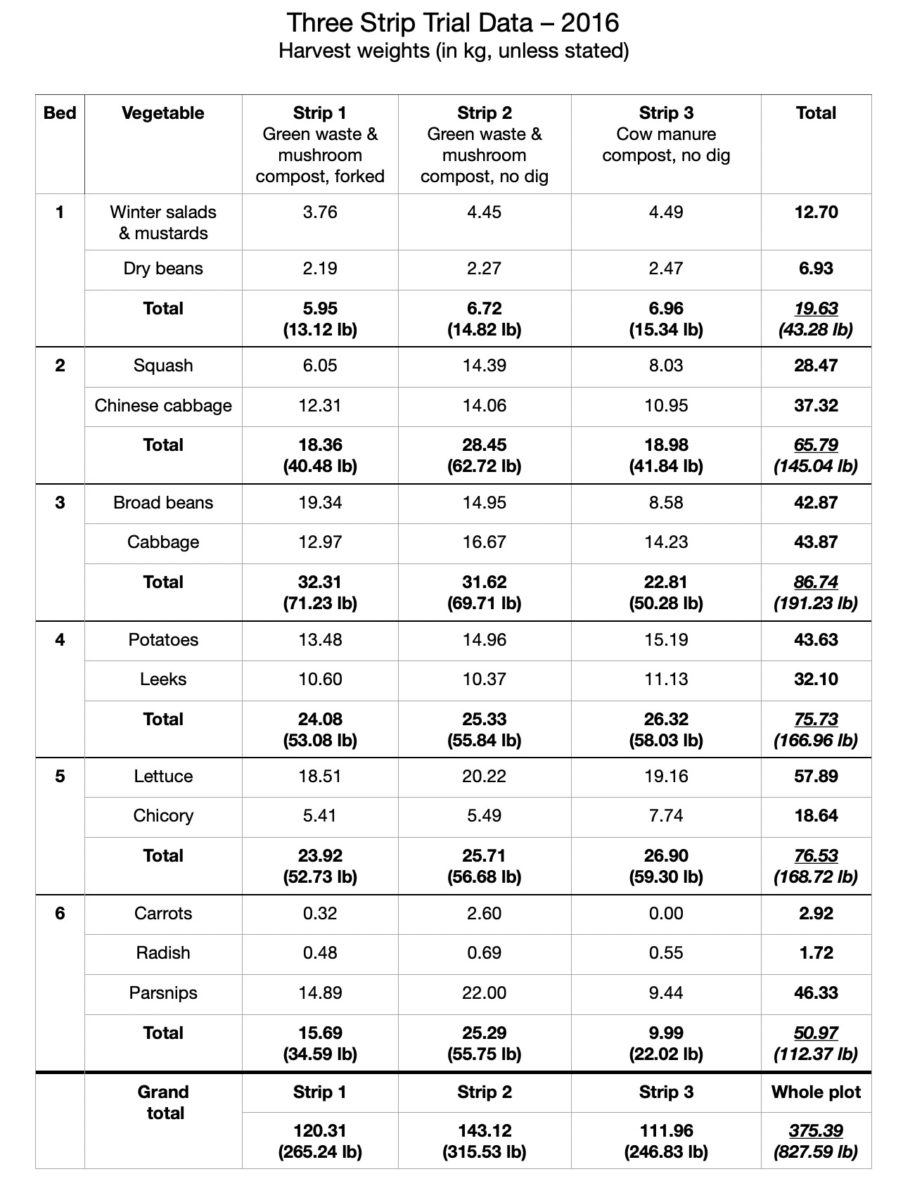 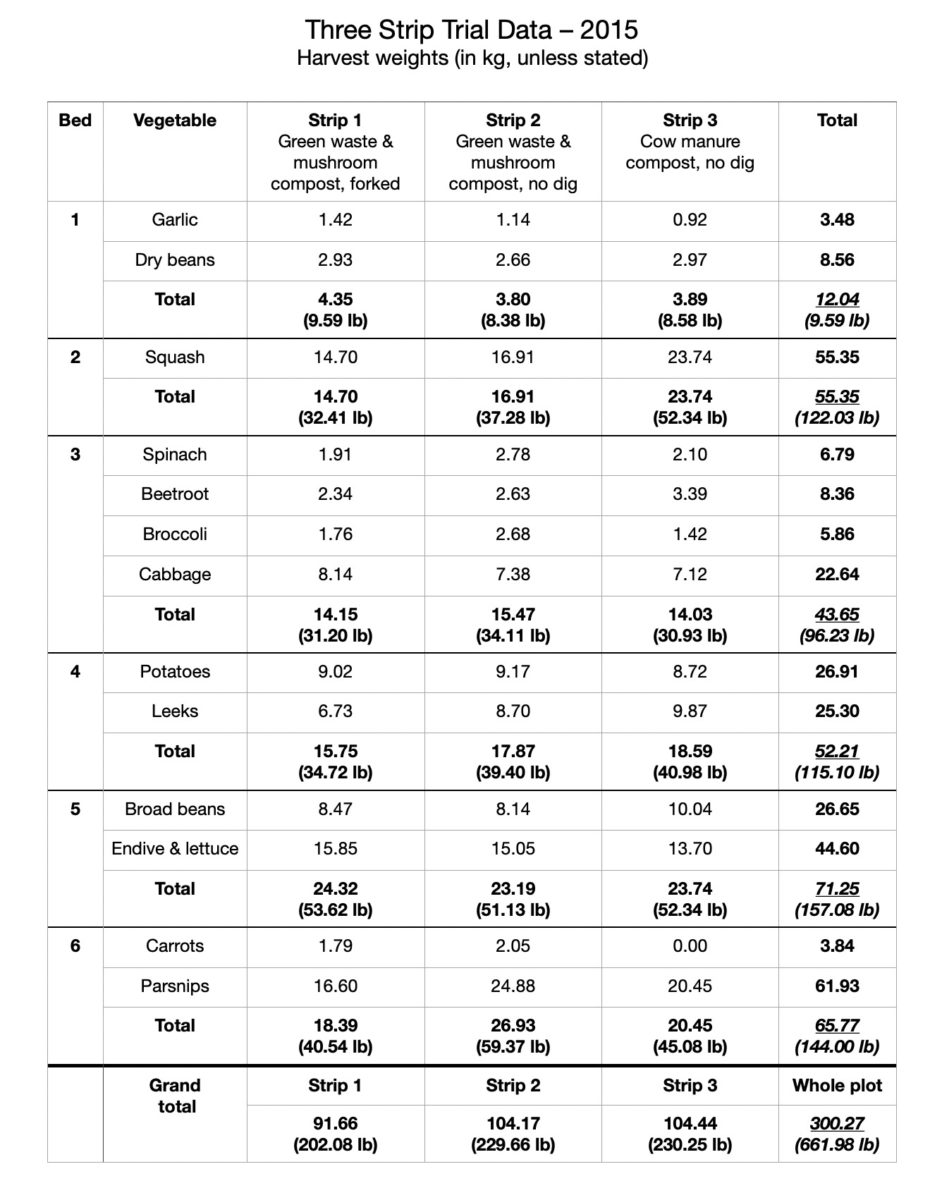 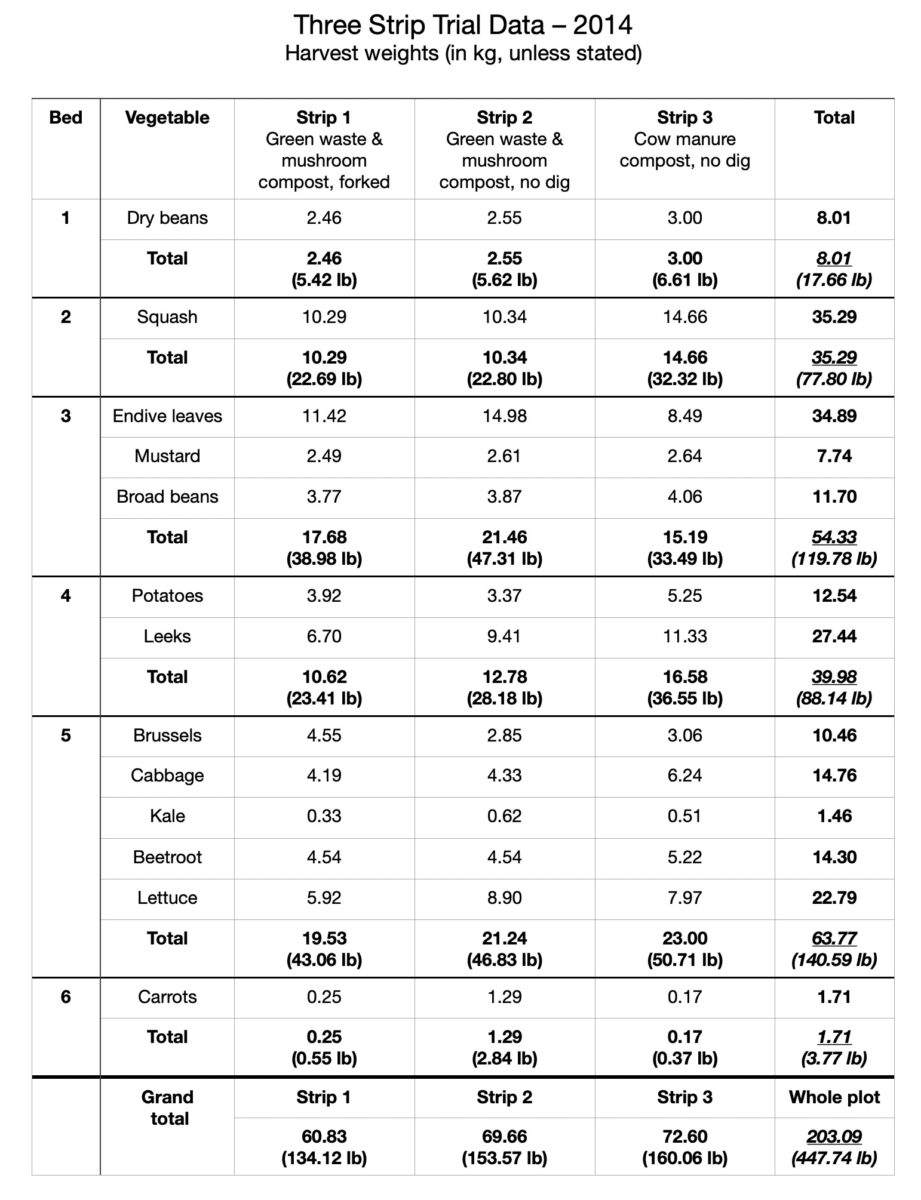