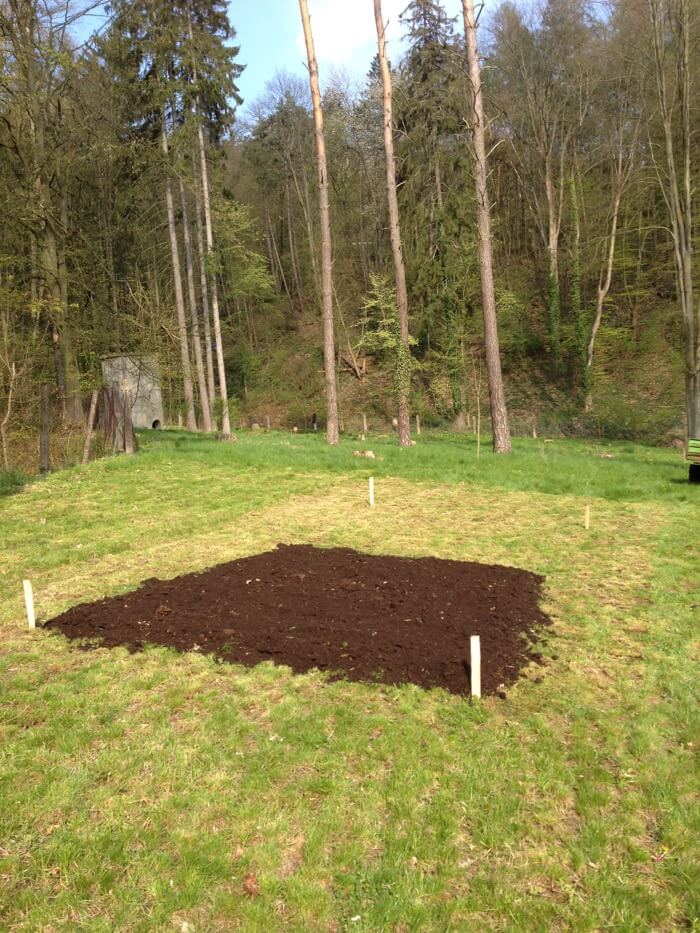 I received a message on 16.10.17 from Roman, who had discovered my work on You Tube:

“One of your videos was actually the reason I started a small vegetable garden this past spring. While following ideas and principles you present in your clips I had a great and unexpected success – as some people in that particular area were discouraging me from setting up a garden telling me that they have tried for several years (using traditional gardening methods) without much success.

Next year there is so much more I’d like to try that I will have to double my garden to fit it all in! I have been building several compost piles and plan to have a few more made during this fall to have enough for new vegetable beds.”

He has also enjoyed great success with my outer-leaf method of harvesting lettuce leaves:

Just yesterday I shared with someone how greatly was my harvest increased by harvesting just the outer leaves from each lettuce plant – I was inspired by your video about “more harvest less sowings” – they could hardly believe how much lettuce was harvested just from one row of lettuce about 3 meters long.

Below is the picture of my last experiment. Nobody I know here plants anything but garlic this late in the season. I sowed these lettuce seeds on the 4th of September and was almost laughed at. Those traditionalist are not laughing anymore. 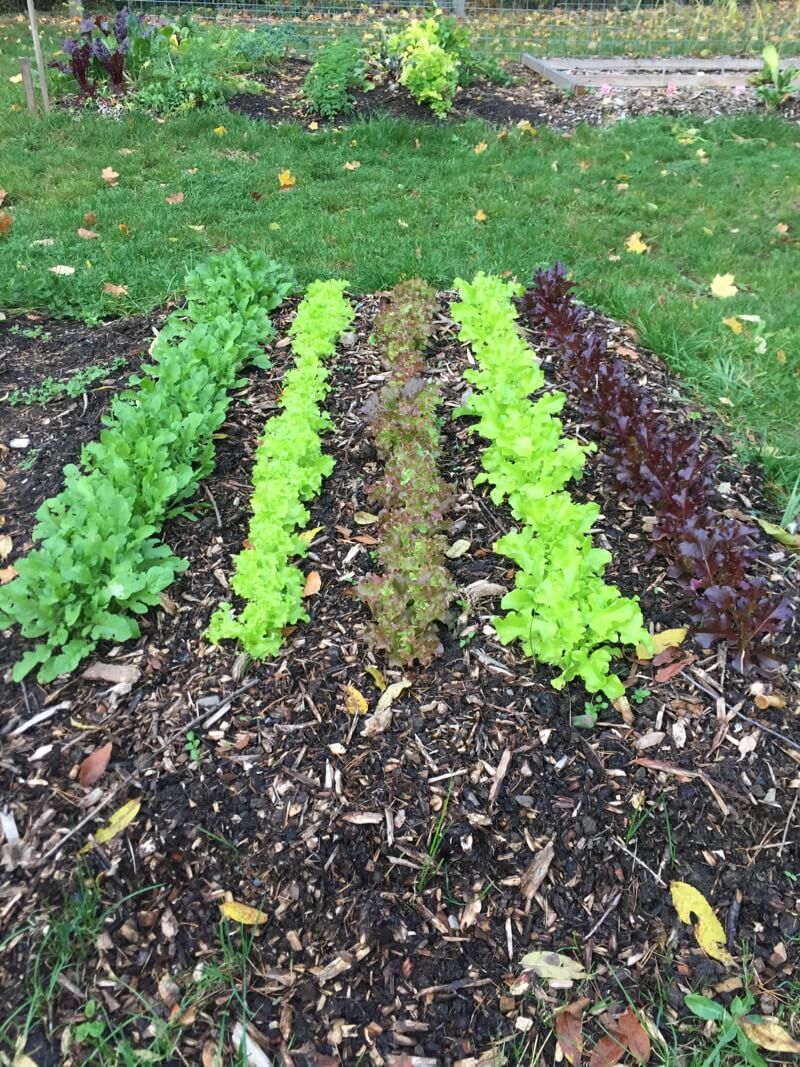 Here are Roman’s details about making the garden, and use of woodchips:

A part of the garden was covered by 3-5cm of willow woodchips to keep as much  moisture in as possible. Since I was only able to commit one day a week to this school/job and it takes me almost an hour to get there, watering was a big concern and so I decided to test the difference. The results were noticeable in weeds as well as moisture retention. The weeds were mostly grass along the edges and a very few weeds otherwise. I would guess my wife and I spent less than an hour weeding during the entire season. Mostly during harvesting – easily pulling small and few weeds here and there without any tools. Almost no weeds in areas with that layer of wood chips. I also wanted to add fresh compost layer mid-season on a small section of new mangold seedlings to see if there is any difference. And so I raked that layer of chips to the side, added about 3-4 cm of fresh compost and placed woodchips back – I am not sure if that extra work is worth it – doing this every spring on the entire garden??? I have not decided yet. I definitely do not want to cover the woodchips under new layers of compost or mix them in with compost in any way. A lot of life can be seen between the compost and the chips though – so that was nice to see.

Preparing the area was also an experiment 🙂

A smaller section was tilled and then 15-20cm of compost placed on top. Largest part had a layer of wet cardboard under that compost – poaced on a very low cut lawn. And about 8m2 had only compost on low-cut lawn with no cardboard or tilling. I did not notice any difference at all between the 3 areas – at least this first year. 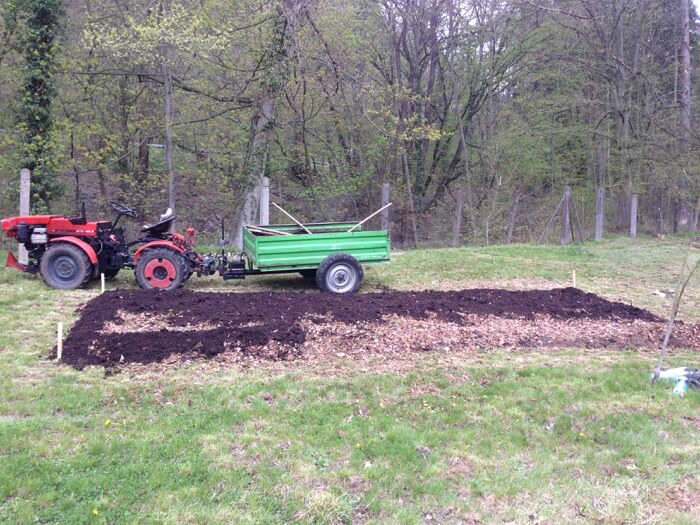 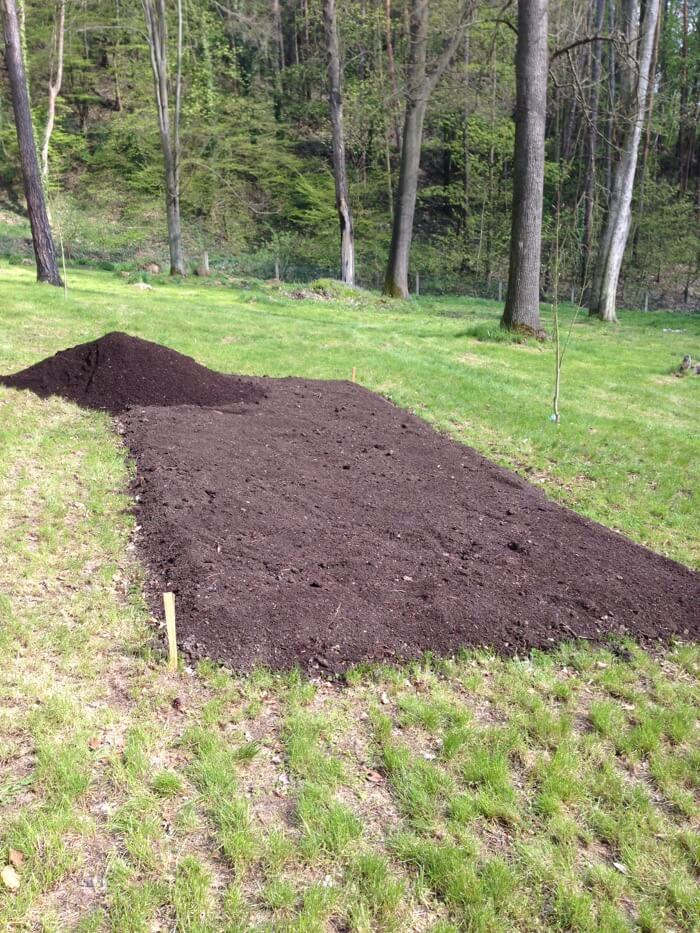 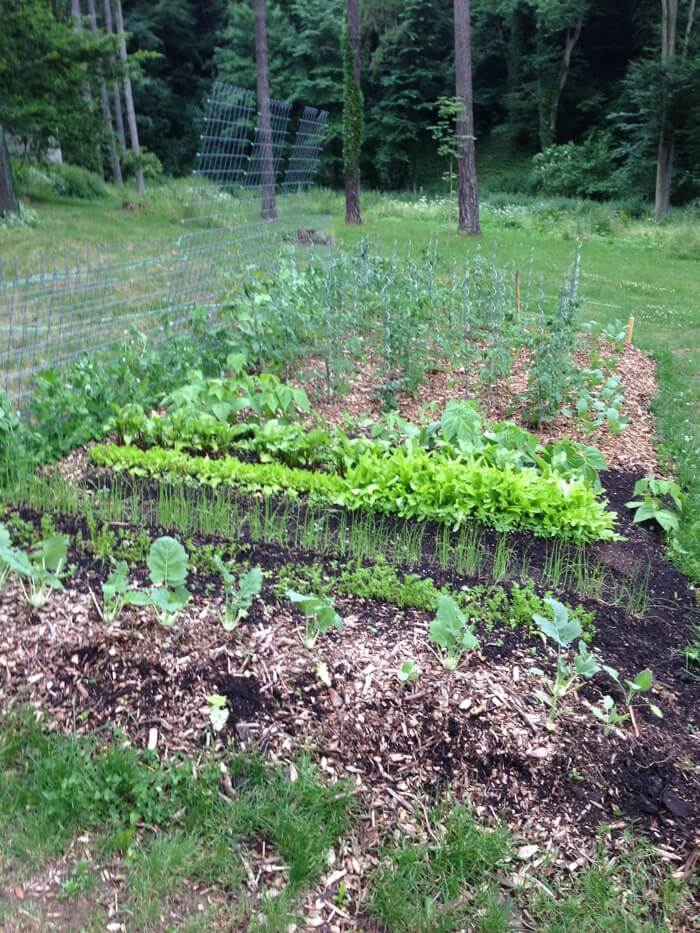 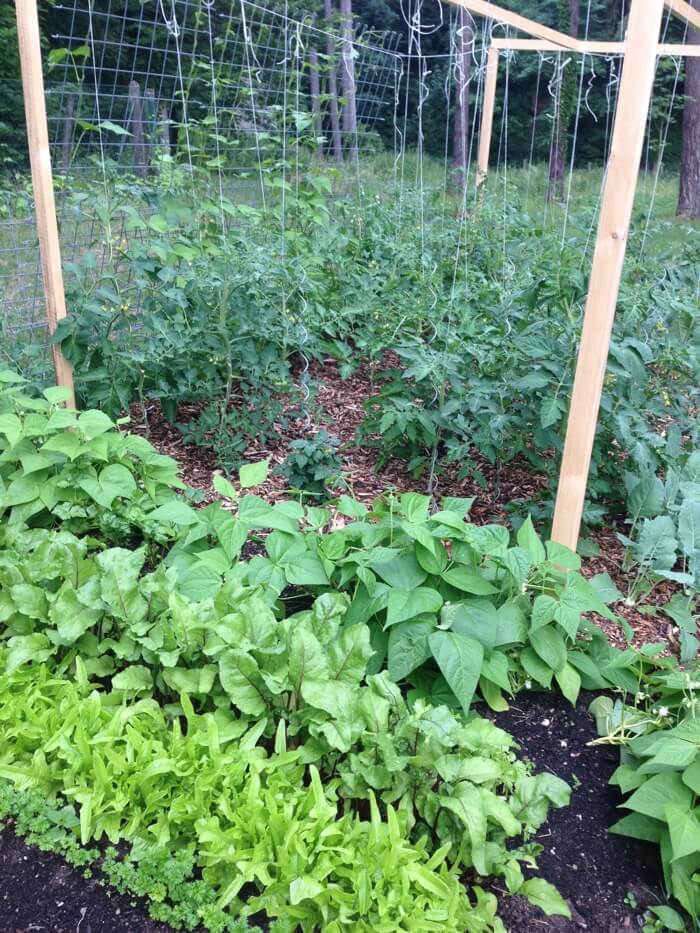