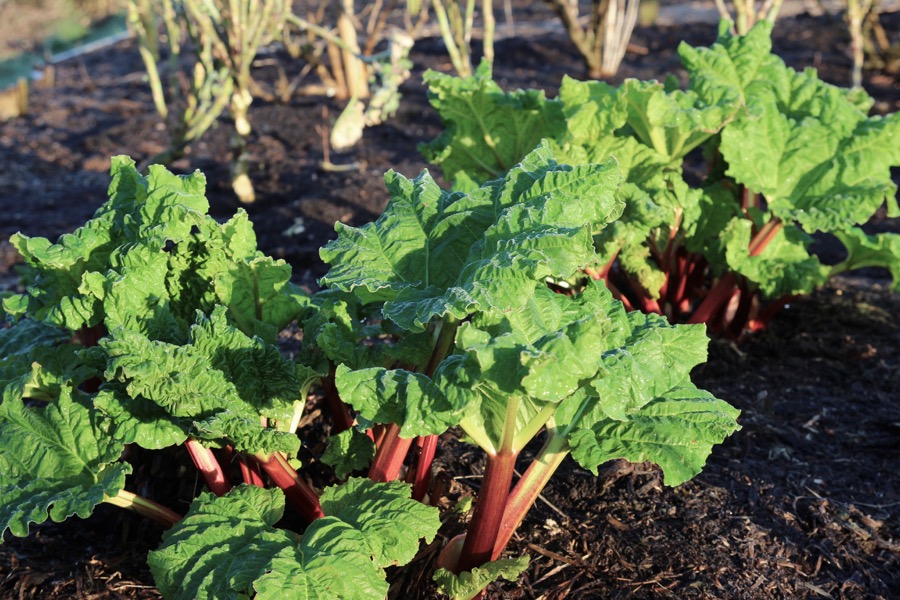 1st March, the start of spring by some definitions, sees the UK weather turning cooler, a sure sign that spring is underway! Hence the need for waiting to sow seeds of warmth loving plants such as tomatoes, sweetcorn and courgettes. Have fleece or cloches ready to cover new plantings, from mid march in southern UK to late March in the north.

I use fleece to boost growth of established plants, such as spinach which was sown last August. It has been unprotected and mostly dormant over winter, but is worth covering now because of the sun’s extra power, which fleece converts into warmth for faster growth

Seed germination – is it me or the seed?

There is a forum question from Lizzy, whose seeds all germinated, including parsley, peppers and aubergines, but not lettuce. She had been waiting a month, even sowing again in  different composts and at warmer temperatures. Should she throw the seeds away as a bad lot?

The answer sadly is yes,  non emergence shows that it’s old and useless seed: buy some more and start again.

Most seeds show first leaves within 4-10 days of sowing, as long as there is sufficient warmth. Temperatures of 20-30C are worthwhile for the first week after sowing. Some claim that onions and lettuce need temperatures of no more than 20C (68F) but the compost for mine this February has been up to 28C (82F) at times and germination is good. Windowsills are brilliant for starting seeds underway, or warm places with no light, making sure to bring trays to light when first shoots appear.

This method is attracting attention and recognition, for it’s time and space saving qualities. See the video for details. Many vegetables can be sown and grown this way, while others grow better as singles, such as lettuce, cabbage, calabrese, broad beans, celery and celeriac.

The seed numbers are my experience of best number. You may need to thin seedlings of for example beetroot, which sometimes germinate more than one seedling per seed. Four beets in a clump at 15in/40cm spacing grow to a decent size, while six gives small beetroots.

Undercover salad better with no dig

Homeacres polytunnel of 18x30ft (5.5x9m) gave a pick of 18kg salad leaves on 23rd February. For most plants it was the fifth or sixth time they have been picked, and there are many more harvests to come over the next two months.

This growth is achieved without any feeding since the last application of compost in May, before we planted summer crops. The joy of using compost rather than fertilisers and feeds is that nutrients are held, without being leached by water, until plants need them.

Furthermore, no dig ensures that mycelial networks are in place for plants to access nutrients, and moisture, more easily than if soil had been disturbed, even by forking rather than digging. The harvests of a forked soil/no dig trial here last year were 120.33kg from the forked strip and 142.14kg from no dig: same crops, same compost, both strips 2x9m (6.5×19.5ft).

Three salad boxes in the unheated greenhouse have given a steady flow of leaves through winter, over 1kg (2.5lb), from sowing in mid September: lettuce, mustards, rocket, coriander and chervil. I filled the boxes with organic, multipurpose compost and have not fed them.

The key thing is to remember to make those sowings. It’s no good sowing seeds in late autumn or winter, because they so slow to germinate and grow. To enjoy winter harvests, you need plants with an established root system in place before winter arrives, to maximise the chance of new growth in the brief light of winter.

Some Red Russian kale I sowed on 28th July has survived well to give small harvests from super healthy plants, which will now grow strongly until May.

Leeks are also about to grow a lot more, especially winter varieties such as Apollo, Bandit, Husky and Musselburgh, which may still be only medium size. Best leave them until early April for larger harvests. The leeks I harvested below were residue of Autumn Mammoth plantings, which have survived the winter. Modules are planted at 14in (35cm) and these gave 500g (1.2lb) of leeks per module. They are second crop after spring lettuce, with no extra feeding, only some compost in autumn 2015.

My next video, out soon is on making compost. I discuss and show ingredients, heap enclosures, the time needed and some possible results. I have already posted a film of turning a compost heap: turning is not obligatory but it improves the result.

If you have just small amounts of material to compost, a plastic bin with a bottom hole works well, to remove compost as it matures. Or have a small, wooden-sided heap and after a year of filling, fork off the undecomposed top material (for recomposting) to access the composted material below

Delfland Nurseries, whose organic plants always grow well for me, are running a special offer for you – get one pick & mix pack free when you buy two or more pick and mix. They do a good early cabbage Elisa, Jannis as an m equivalent to Boltardy beetroot, and grafted aubergine Black Pearl.

The offer closes on the 31st March and is limited to one free pack per household.

My talks on vegetable growing

Audiences have been growing as well as the vegetables. Ledbury Market Theatre was sold out with 128 people, and in Frome the organisers ran out of chairs when the expected audience of 50 grew to 100 in the last ten minutes.

Next week I am in Surrey (see Events) and am spending the day between two talks in visiting Hampton Court Gardens and RHS Wisley.

On waste ground in Vancouver during the last  seven years, Michael Ableman has created an extraordinary farm. It comprises several sites of temporary, compost-filled beds, to give hope and employment to marginalised people, and food to the city. Michael however worries that his project is not sustainable, and I leave you with his thoughtful message

“In my view, there is no such thing as a sustainable agriculture system currently. Sustainability is a series of questions we ask ourselves every day about actions we take on our farms. I don’t think anyone would be able to honestly say that their farms are truly sustainable. I would challenge that for many reasons – including the fact that we are interacting with a market economy and that we are shipping soil nutrients off with each box of food that we sell. There’s the use of water, energy, labour, all of these things. We have not arrived and I don’t think we will ever arrive. We have to continue to strive. Sustainability for me is approaching my farm with a beginner’s mind every morning. I approach it by asking how can I do this better.”

One thought on “March 2017 sow and multisow, plants offer, growth of autumn sowings, kale and leeks”