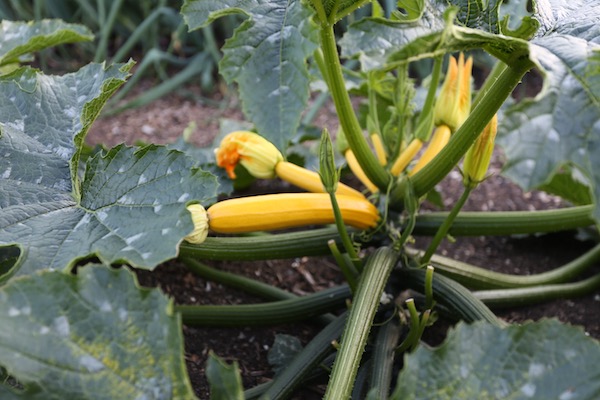 June has been warm and with mixed weather, including decent rainfall! of 107mm so far. Rain in June is the best of any month, after the surge of growth in spring. At Homeacres it has rescued my peas, and is bulking up potatoes and other root vegetable harvests. See my new potato video for tips on storing and harvesting, plus cooking too!

Sunshine has been 20% above average, and temperatures at 16C/61F average night and day, are 1C above normal.

Always such a popular topic! My video on Instagram provoked a lot of interest, had 73,000 views, and I hope the link works!

Most of us have mostly green materials to add in summer. To create good compost, the secret is to find – or have stored since winter – the 40% or so of browns, to balance the greens. Browns you can add:

They grow fast in summer. After any wet weather, seeds germinate and you need to either hand weed or hoe, when seedlings are tiny, barely visible, See the photo captions.

Main recent problem here has been dandelion seeds blowing in and being caught in the path wood chips. The chip layer is thin and we can hoe them.

My greenhouse is full! It feels like spring, and 28th June onwards is a big session of planting. Ten days ago we transplanted French beans, Brussels sprouts, beetroot and leeks. There are more to plant of these.

Any salads are good to sow now EXCEPT brassicas such as salad rocket and mustards. They go to flower quickly from sowing in early to mid summer, and suffer lots of damage from flea beetle. Sow in August!

My top sowing in early July is chicories for hearting, see my radicchio video for details.

We shall be transplanting chard very soon, then broccoli by 10th July, following broad beans. Lettuce transplanted this week are 25 days old and will crop by mid July, to take over from the first plantings.

My first earlies have varied in cropping. Dunluce are light in yield, and top flavour. Casablanca are the opposite, in our opinion. Flavour is so subjective though. I have enjoyed Epicure, they look nice too, smooth and yellow.

Charlotte comes ready in ten days or so. Many agree that it’s flavour is good!

Cancellations follow one another. Early July would have been the time of RHS Hampton Court Flower Show. We were invited to create a no dig RHS garden, and Steph would have been there now to build it, together with Chris Smith of Pennard Plants.

After having to cancel the July event, the RHS went for September. That also is now cancelled and it’s scheduled for next July.  Also the RHS had to cancel Cardiff and Chatsworth in 2021, because they are less profitable, and the RHS have lost a lot of money this year, like so many people and organisations.

Meanwhile Dalefoot composts are running a competition, with some prizes from us. It’s happening now because they were to be at the Show, and with their compost in our garden.

Homeacres Open Day on September 6th may yet happen, as a timed and ticketed event, details to confirm.

Photos to show differences I see in courgette/zucchini growth and yield. I am growing mostly Cocozelle, which has more leaf than the two F1 varieties, for a similar amount of fruit.

The garden is crowded through summer. Popping seeds and transplants between other vegetables whose finish time approaches, is a way to maximise space and increase season length. See my online course 2 for lots about succession plantings.

It’s the season to prepare for this, for example by leaving some French beans and peas unpicked, and a lettuce to rise to flower. These vegetables do not cross pollinate, so seed is viable from just one plant, and won’t cross pollinate with neighbouring plants of different varieties. The same applies for tomatoes.

Broad beans do cross pollinate so you will have varietal mix in your seeds, if say you are growing Green Windsor and a longed variety, even a fair way apart. Perhaps a neighbouring allotment is even close enough. While at Homeacres, I grow only Aquadulce Claudia.

Foe any first time growers of aubergines, don’t underestimate their need for warmth. I normally have a first harvest by early July, in the greenhouse.

This year has been exceptional for warmth, so far. There is a small first harvest outside, on the bed which has still-warm horse manure underneath, see this video for information.

This horrible problem does not go away – in fact it’s getting far worse and thousands are suffering, many without knowing. See my videos to check symptoms, the inward curling and stunted new leaves.

It looks like there is a little (all you need for problems) in composts as diverse as J Arthur Bower, Earthcycle peat free,  and Pro Grow. I receive many photos from worried gardeners and none of them in my experience are “nutrient imbalances” or “caused by no dig”, which is what the sellers like to claim. Or that the compost is “too rich”. Sigh!

Don’t be fobbed off by such excuses and report your problems to the CRD at email address below.

Sources of this powerful poison include Grazon weedkiller, and many products for LAWNS! Hence the problem with green waste composts, which somebody needs to address soon, before we are unable to trust them.

In 2019 gardeners noticed significant damage to some of their plants – particularly annual vegetables which showed weak and stunted growth.  It is thought the problem came from weedkiller residues remaining in compost and manure.  There were multiple reports circulating on social media, and professional gardener and well-known proponent of ‘No Dig’, Charles Dowding, raised awareness in the Daily Telegraph in July 2019, which resulted in a six-fold increase in gardeners reporting similar damage.

One probable culprit was identified as the chemical ‘aminopyralid’, which is used by farmers and local councils as a weed killer for grasslands.  When grass cuttings and weeds which have been treated with this particular chemical are incorporated into manure or compost, or fed to animals whose manure is then used, the residue remains, and can contaminate the mix with devastating effect.

“This poisoning has been of huge concern to growers and gardeners. Particularly as many may not have connected the distressing plant damage to the organic compost or manure in which they grow.”

Garden Organic, the Soil Association, and the Organic Growers Alliance, have worked collaboratively to investigate the aminopyralid contamination. They met with Corteva, the agricultural chemical manufacturer and distributor, who make the deadly herbicide.

Corteva themselves are investigating the issue.  But their knowledge of actual incidents is likely to be incomplete as not many growers know of Corteva’s existence, nor how to contact them. So now organic growers want an independent assessor involved.

“We encourage growers who think they may have been affected to contact the government’s Chemical Regulations Division,” says Peter Richardson, Chair of the Organic Growers Alliance.  “As part of the Health and Safety Executive, CRD monitor contamination incidents – which still occur despite their clear warnings to users on how to use aminopyralids,” (see below in Notes for Editors.)  We think it is simpler and more effective if growers send an email to both CRD and Corteva.”

“We are asking CRD to work with Corteva to find a lasting solution to this issue and address any future impact on growers using manure, or green waste/municipal compost,” says Gareth Morgan, Head of Farming and Land Use Policy at the Soil Association. “We encourage all growers who think they may have been affected to make use of the impartial process to sort out this issue once and for all.”

In order to prevent contamination from aminopyralids, the CRD has the following guidelines for all users (farmers and amenity grassland managers) of weedkillers which contain them:

62 thoughts on “July 2020 summer unfolds with more sowings, interplanting, weeds to hoe or pull, seeds to save, potato harvests and beware pyralids”